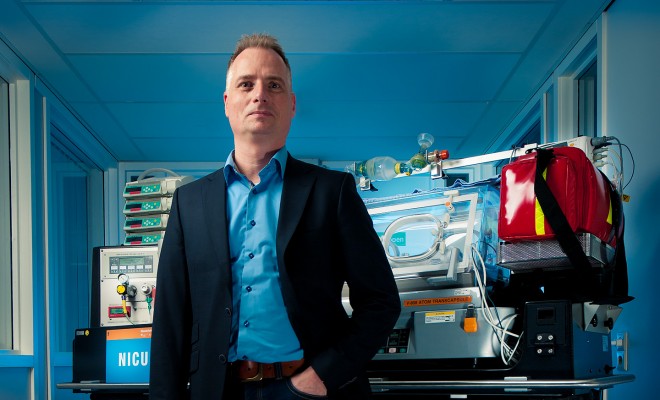 This time I went all the way south, to Maastricht to photograph Emile Arnoldussen from Maastricht Instruments. They have  developed the NICU Roadrunner, a neonatal transportation system. In lay-men terms it is a high-tech, fully equipped stretcher for the transportation of premature babies in ambulances. Their office is next to the hospital but the shoot was in the hospital itself, in the hallway next to the neonatal infirmary. There was a “hot”  unit ready for action which we could use for the shoot as long their wasn’t an emergency. The biggest challenge in this shoot was however a slight mis-communication. Our subject, Emile, was under the impression the shoot would be done and over in a few minutes. His next meeting was in 40 minutes so we had 30 minutes. I can say for sure this shoot was the fastest paced of the whole series. A general shoot in this series took about 120 to 180 minutes, this was done in 30 minutes flat. Boom!. Once, never again. Funny how the brain can switch in turbo-boost if needed. I had no time to scout, no time to set up properly the lighting equipment, so the first split second decision was to do the shoot on the spot where the NICU Roadrunenr stood. I only turned it away from the long wall and placed it at a 45 degree diagonal a meter or 2 from the short wall in the corridor, just to have some separation and depth. Then I placed the blue gelled speedlight behind the Roadrunenr on a metal surgery table (great diffuser!!!).  The key light I placed in the hands of Freek, another employee of Maastricht Instruments who was my contact person. Freek acted as my VAL (Voice Activated Lightstand) as I hadn’t the time to figure out where to safely set up a proper lightstand for the key light in the small, and as it became apparent, crowded corridor (Imagine the kind of hall/corridor from a medical drama tv-series..full of doctors, nurses and what not running every where saving peoples lives). Short stroy: Freek did well! Kind of liked having a lightstand that actually listens when you curse at it :). In the final shots I also place a third small softbox light on the other side because the shadow side of the photograph became to dark. This was one of those images where the final editors, MedTech partners, choose an image that was not my favorite from this particular shot. The first one is my favorite, the second one is the client’s pick. I like the first one better because I have this thing with separation; background/wall, the device, the person I want them all the be apart visually and not “squeezed” together. 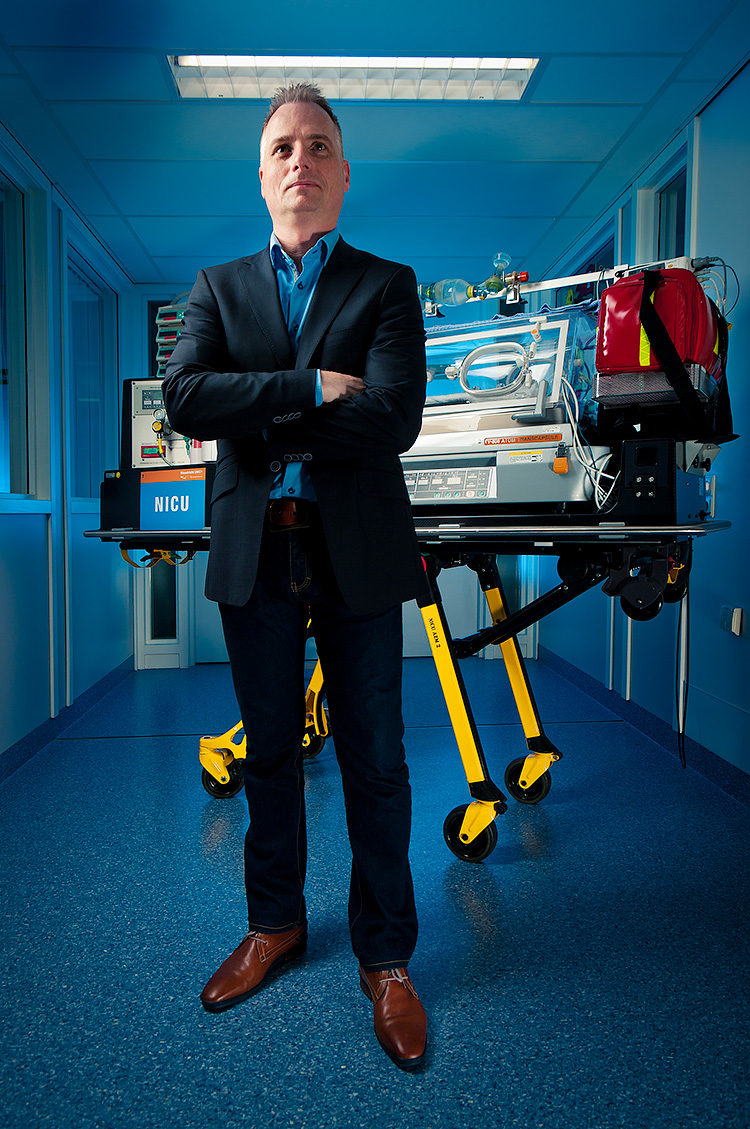 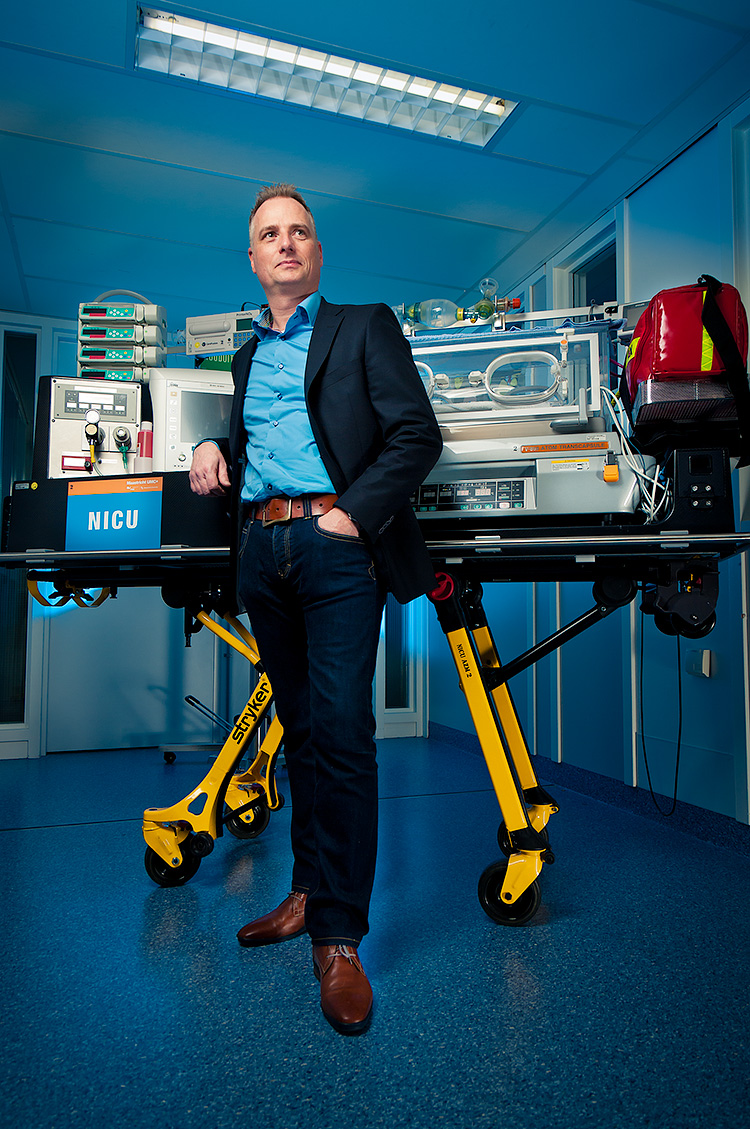