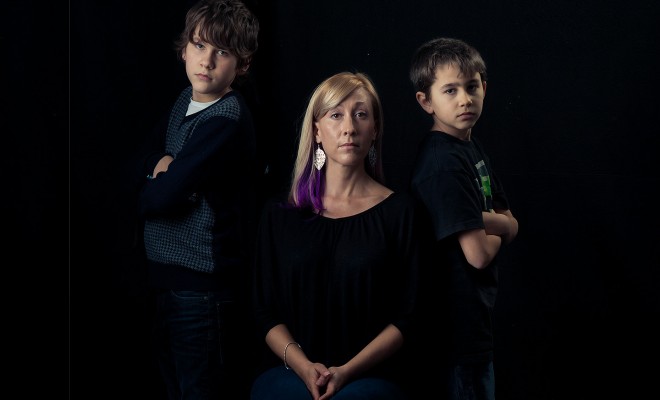 Earlier this month I had the pleasure of having the Nicoletatos family in front of my camera: mom with her two sons, trying out a lighting set up I never did before. The idea was to create a simple yet less traditional family portrait (Say cheese every one…), and have a bit of dramatic lighting instead of a standard three light set up. Not too dramatic with too dark shadows yet still one directional light. To divert even more form the traditional and trendy family portrait we went for a pitch dark background. The biggest challenge for me was to light a group of three instead of a single person. The gig was at Hendrick´s casa where we build kind of a home studio in his apartment. As you can see we started out simple and later added some props. Maybe a bit over the top but the boys were pretty excited about the sword. For some final images follow the link.

Oh and Hendrick even made a time-lapse: A Happy Bunny Production! thx mate! And also thx to the Nicoletatos family who were very patient and a joy to have in front of the camera!

In order to shorten the fiddling around with equipment we tested this lighting set up to see whether it would properly light 3 people….hence this test shot…. 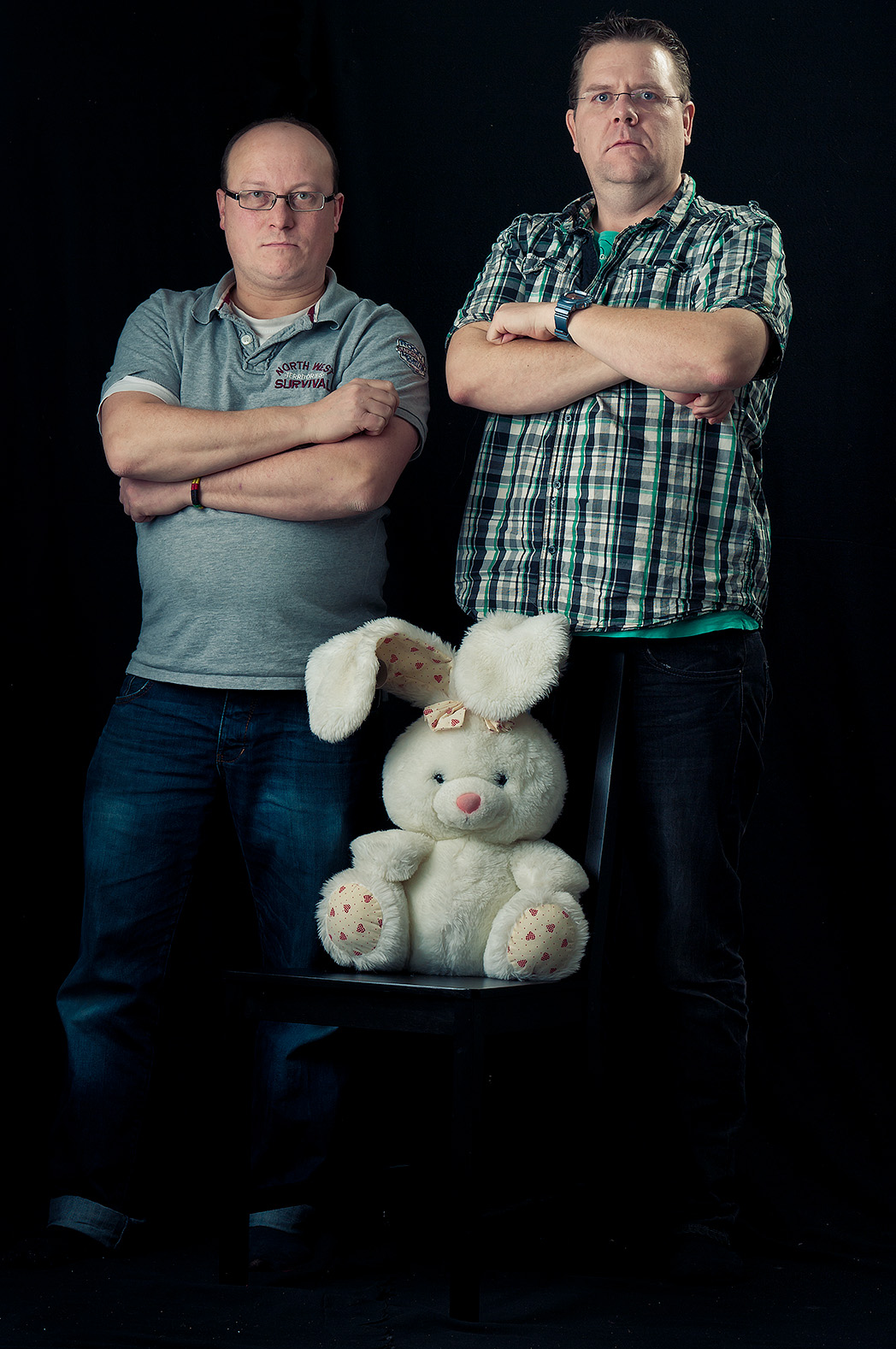